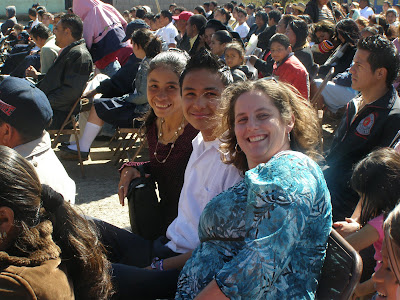 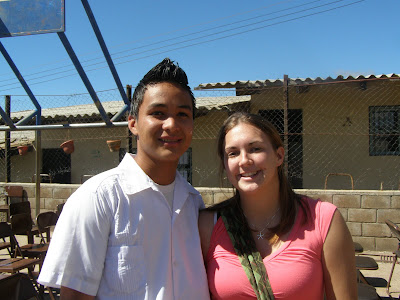 We all got to spend Saturday watching Carlos graduation....and by we ALL I do me WE ALL went to watch. By the time Jen, Sam, Mike, David, and I all got seated he had his own little gringo cheering section. Not to mention his family and friends who were there.
Although I'm far from being his mother I felt SO stinking proud of him as I heard his name called and watched as he went forward. My pride was only heightened as I surveyed the crowd of graduates and realized that most graduating were girls. Most boys were out working to raise money for their families or had simply given up on school long ago. I was thrilled to be a part of Carlos's big day as he accomplished a huge milestone in this country.
Posted by Ashley at 10:11 AM