They will know we are Christians by our lovet

Ok ok I know it has been quite awhile since I've gotten on here to update you all. I promise to be better from here on out and I promise to one day soon get on and update you on what all I've been doing these past few months.
Right now however we have a team here that I'll keep you updated on with pictures and stories.
The team flew in on Sunday. We spent that first afternoon loving on the brothers and sorting out clothes that were sent on a recent container from Ohio.
Monday morning we were up bright and early to pick up the sorted clothes and take them to a village (Nuevo Oriental) to set up a "store." We used a building in the village (that is normally used for a feeding center) to organize the clothes in piles of women's, men's, and children's clothing. We informed the people in the village that we would return the next day to open the building up so they could come in and shop for what they needed. We made it clear that we would set a flat rate for the price of everything and then any money we raised from the day would be given back to the feeding center to help feed the children. After we had sorted everything out we headed to "The Mother Teresa Home." It is an orphanage that houses nearly 70 children. The home is definitely understaffed and underfunded but they feel strongly about getting kids off the street and trying to help. We were able to take diapers, wipes, blankets, and sheets to donate to the home....and were able to spend a couple hours loving on the children that were there. We found out when we got there that they were down to their last 4 diapers and had NO wipes at all. They were ecstatic for what we were able to donate while we walked away wishing we could have done more. The Mother Teresa Home also has an elderly home on its property so we spent part of our time there as well. 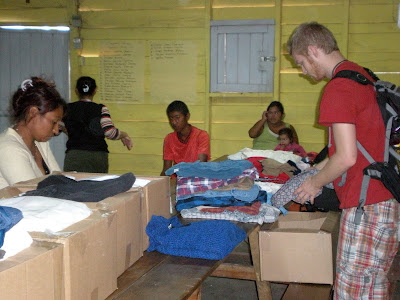 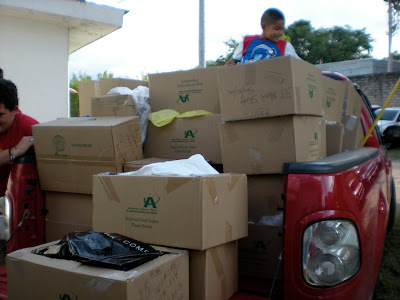 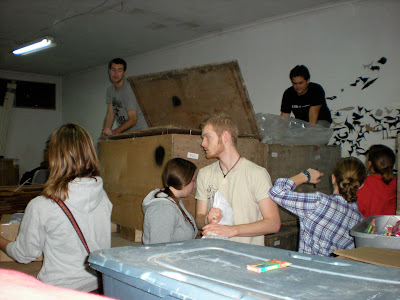 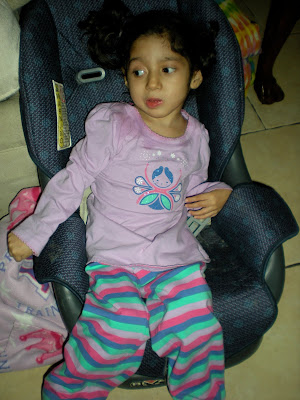