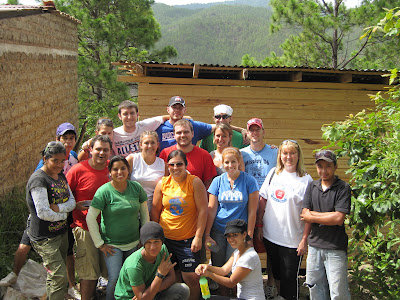 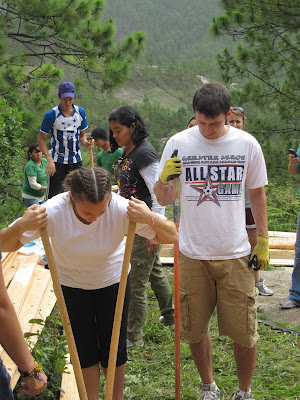 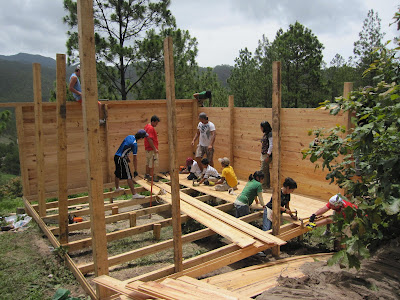 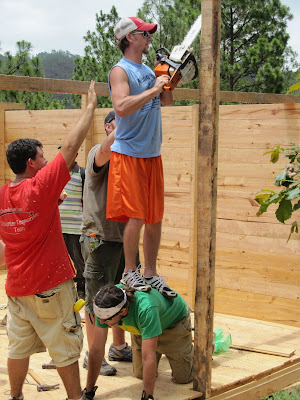 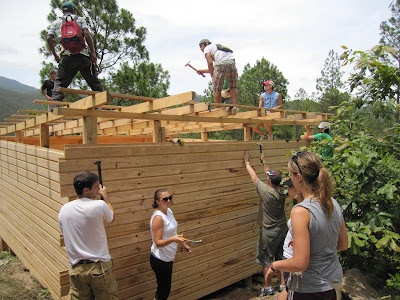 Today we got up bright and early to build another house! And by bright and early I mean Mario woke me up at 5:55 by saying “Corey… GET UP” The boys stayed over last night and they can be a handful but they are awesome. We arrived at the build site with the wood already unloaded (by Mike, Daniel, and I) which means we were ahead of schedule! The brothers as usual were all about helping us build the house by doing whatever they could do help, even if sometimes that just meant running and giggling. We finished the house early even though we faced a lot of difficulties. I was so proud of our team as no matter what happened they continued to work hard and didn’t let these issues get in the way of providing for a family in need. The family we build the house for was so very gracious. The look in their eyes when the gazed upon their new house was all the satisfaction we needed!

During the building of the house Mario, one of the middle brothers, was by my side helping me for most of the day. He hasn’t said much to me so far on the trip but today he was extremely chatty! Mario’s story is a long one and to see him thrive is awesome. Whenever we have been around kids his age he is the center of attention and is always sharing with the other kids. Its amazing to see someone that has less that me give without even batting an eye. He is inspirational. On our ride home Mario, Marveen, and I sat in the back of the bus. Marveen was passed out after a few minutes but Mario and I were talking, singing, and dancing the whole way back. He is an awesome kid and I am so very thankful that I got to know him a little better today! Everyday down here has been a great gift and the things I have learned I will not soon forget. The boys are staying the night again so its time to get them ready for bed. Tomorrow we are going to the special needs orphanage, the dump, and taking some great kids out for dinner.. this all means that tomorrow will be my favorite day of the trip!