Sometime last week Jen and I arrived home to find Dorian leading Tinbon (affectionately known by me as T-Bone) toward us. Before we had even gotten out of the car Dorian was telling us that we needed to go back to the city because Tinbon needed to go to the vet. It was then as my gaze fell upon the poor dog that I noticed the mass amounts of blood covering his body. He had gotten in a dog fight and was in bad shape. Without another question Jen helped load him in the back of the truck and headed for the city. After 4 days at the vet Tinbon was able to return home but for now has to wear that ridiculous looking thing on his head. As for our other dog...Damasco. Due to the fact that he couldn't seem to resist the urge to eat the neighbor’s chickens (I make jokes but it was a serious situation. She started threatening to kill him if he didn't stop) he has now found a new home with some friends of ours from Ojojona. Who knew having dogs could be so eventful. 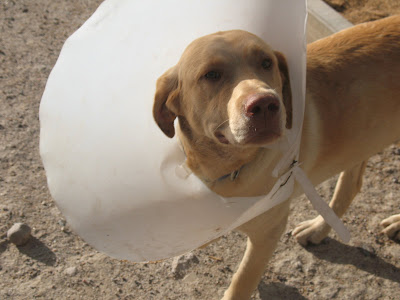 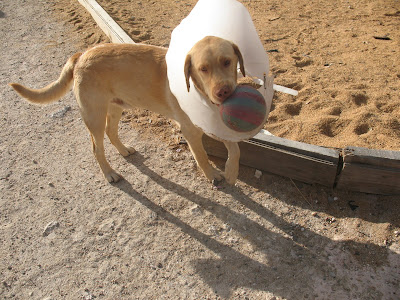 Poor Tinbon. And I am going to miss Damasco.