Why is it that North America is one of the only countries that doesn't use the cheek kiss as a standard greeting? In so many other countries including all of Latin America, Europe, the Middle East, the Mediterranean, etc you will commonly be greeted with a peck on one if not both cheeks. In those areas the cheek kiss is a social gesture to indicate friendship, respect, or greeting.
I can honestly say that I truly MISS the cheek kiss greeting that I became accustomed to in Honduras. It took a bit of getting used to in the beginning but I began to appreciate the sincerity, meaning, and intimacy behind the gesture. It didn't matter what room you walk into people stand and greet you. There is none of the awkward last second decision of "do I hug them or shake their hand" when you see someone you know.
I read an article recently that with the recent flu and H1N1 scare a lot of North Americans aren't even shaking hands anymore. Have we really become that consumed with the fear of catching something from one another? Does our desire for privacy and distance and our fear of embarrassment keep us from kissing on the cheek or hugging each other?
It saddens me that we have become such a guarded people group....So don't be surprised if I still hug you and peck on you the cheek with a kiss! :)
Posted by Ashley at 12:49 PM No comments:

The heart of the matter

I wish that I could offer each of you a glimpse into the life I lived in Honduras for 2 ½ years. One of the hardest parts of doing life there is that I could never truly explain it to the people at home. No matter how many pictures I took or stories I told people who had never lived there just didn’t “get it.”

When I close my eyes I’m back in Honduras and there’s a girl with scars on her arms and legs where her mother beat her with barbwire and I’m trying to talk to her about the love of God. I’m holding the hand of a girl who’s covered and scars and mentally handicap because her father cut into her with a machete. I see a little boy take a few licks off a piece of candy and then places it back in its wrapper because he’s not sure when he’ll get another one.

I’m sitting at a feeding center staring into the eyes of hundreds of kiddos who won’t eat anything but the meal they are being given at the center. I see a boy on a street corner sniffing paint thinner out of a bottle because getting high curbs the pangs of hunger. I’m standing at a restaurant when a man stops just so he can practice his English.

I’m walking down a dirt road surrounded by laughter and chatter coming from homes made of mud, scrap wood, metal, and anything else the family can find. I’m sitting in the back of the truck, hearing people on the streets yell out Gringa. (white girl) I see little brown faces of kids and adults alike who take delight in the smallest of things.

Those memories are the stories we missionaries share to satisfy inquiring minds of financial and moral supporters who think missionaries are angels. Who think that all missionaries have it all together…..all the time. But what we don’t tell people are the stories of our own struggles and doubts in faith and belief in a loving God. We do not tell them that we too occasionally get angry at the situations we are presented with and the fact that God “allowed it.” We don’t’ tell them about missionaries who have resorted to less than Godly methods of ridding ourselves of the pain within. . And we certainly don’t tell them that there are moments in the life of a missionary when our hearts get a little calloused over and we continue the work just because it is “right.”

I’m by no means complaining about those moments. I’m simply attempting to be a little more honest about what it was like to do life there for 2 ½ years so that I might be able to bridge the gap between there and here…. We aren’t angels. We are just every day Christians who are struggling through trying to make a difference. Some days the only difference we can tell between ourselves, saved sinners, and lost sinners is that the lost rejoice in their sin while we mourn ours.

Ok so I've dropped the ball again on blogging. I guess my mind and heart just know that in order to start blogging again on a regular basis I owe all of you, my readers (if anyone still reads this), an explanation of the past few blog-less months. That being said those months aren't going to be able to condense and what is going on in my heart will be even harder to put into words. BUT.....here goes nothing.
This past April I flew from Honduras to St Louis to attend the funeral of my Aunt. After barely 48 hours there I flew to Ohio just in time to be in the wedding of two of my closest friends. I then spent 2 weeks fundraising before getting in a car and driving to Virginia with my two best friends. I planned to spend a week there soaking in some quiet time.....some me time for once. After 2 1/2 years of living in Honduras and fundraising every time I came home I was ready for the week.
However, at the end of the week I just felt even more restless. Getting on a plane felt all wrong. I couldn't, in good conscience, go back to Casa if I wasn't sure what God was wanting me to do. It wouldn't have been fair to the kids....or to me for that matter to walk in for a couple of weeks and THEN decide I wasn't supposed to be there. So I changed my ticket and extended my time in Virginia.
Around this time all of the chaos in Honduras started. Most of the missionaries I know down there got on planes and flew back to the states for awhile. So I too stayed where I was. I began working as a nanny for a Honduran family in Virginia. Their daughter Isabel is just a month younger than my Izzy. Their Isabel had been born with medical problems just as Izzy had been. It was an uncanny "coincidence." My time with those kids brought so much joy and comfort to a heart that was missing the Casa kids so much.
Yet, I didn't really let myself grieve. It took me until October to finally give in and allow myself the time to grieve the loss of living in the country I had come to love. It all just seemed to hit me at once and it brought me to my knees. It was the first moment I openly admitted to myself that I wasn't, at least right now in the near future, moving back to Honduras.
In July I applied for a position at an emergency homeless shelter called ForKids. It was a position that required a 4 year degree but a lady at our church encouraged me to apply anyways. She put in a good word and helped me fine tune a resume. After not hearing anything for awhile I figured someone more qualified had gotten the job. However, in the beginning of September I was called in for an interview and I got the job! I was offered a part time position or a full time one. After much contemplation and prayer I chose to walk away from full time hours and benefits and took the part time job. I know most of you probably think I'm crazy but my heart just wasn't ready to give up on the Honduras thing. I felt God calling me to still be involved down there by leading teams down.
I've been in contact with some of the colleges in both Virginia and Ohio and will hopefully begin next fall with traveling to the campuses to speak about Honduras and rally together more people who might want to go on a trip. I just got back from leading a 10 day team and I'll be leading another team in March and June.
I still financially care for Izzy. She is staying with a pastor and his wife in Honduras. I send money monthly for her food, diapers, meds, etc. I hate that I can't be there to care for her myself but she is in good hands. My heart LOVED having her near me while I was in Honduras. I was actually able to be there to celebrate her 6th birthday with her on January 2nd.
I've begun working for a different family as their full time nanny as well as still working at the shelter part time. I'm about 7 classes away from having a degree and I'm slowly chipping away at that. Seeing as how I don't necessarily need a degree in this moment and I would rather not have to take out a loan to go back full time I'm fine with things moving along slowly. I'll finish as I have the money to do so.
I could go on for another hour or more about the job at the shelter but there will be time for that in later posts. For now I'll leave you with this. I'm doing well. God has provided me with amazing jobs that allow me to pay all of my bills, take care of Izzy, AND take time off every 3 months or so to travel to Honduras. Thank you for your prayers and your concern.
Posted by Ashley at 6:49 PM No comments: 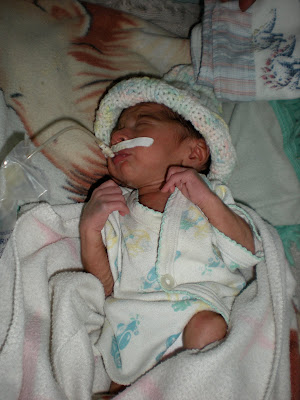 We spent a few hours one morning visiting Hospital Escuela. It is a "free" hospital in the city. We were able to hand out blankets, toys, and coloring pages. 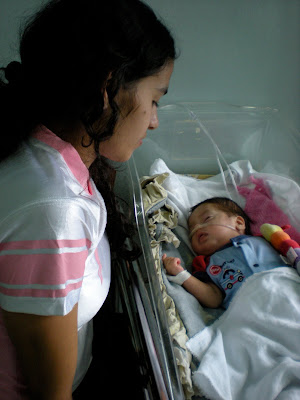 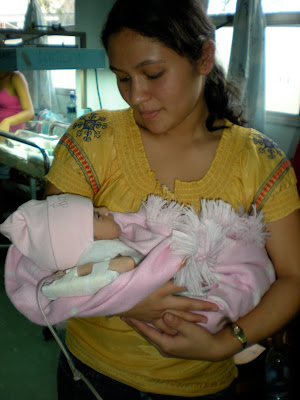 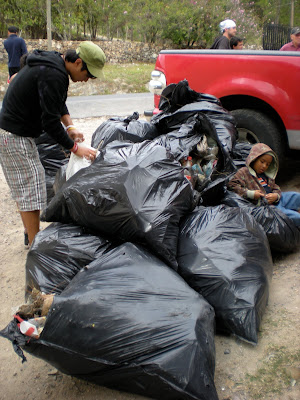 Right behind Casa property is a group of houses. All of the families within are fairly poor and the area is run over with trash. After handing out bags of clothing we spent time helping the people of the community bag up the trash so that we could haul it away. It is easy to want to get frustrated at Hondurans for throwing their trash on the ground. However, Trash pick up is WAY different in Honduras than we are used to. There isn't a garbage man that comes around once a week to your house to haul away your trash. AND there aren't just public trash cans positioned in places along the roads or in towns. It is hard for them to dispose of their trash properly. 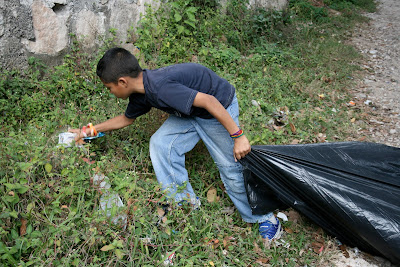 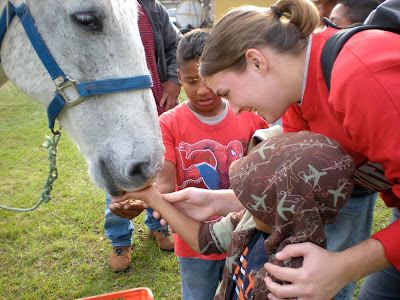 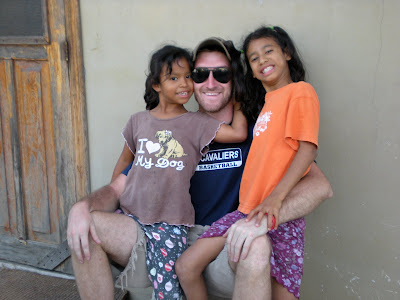 We spent 2 days playing at Casa. One night we had a bonfire/cookout with the kids and the other day we just showed up to play. We had a blast. 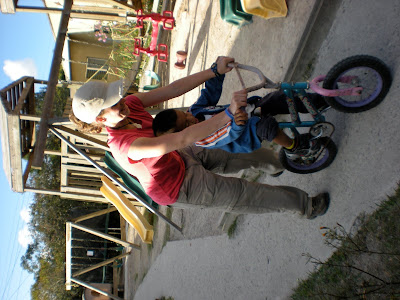 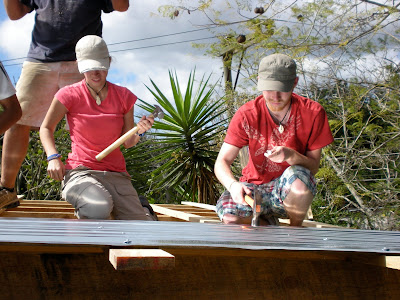 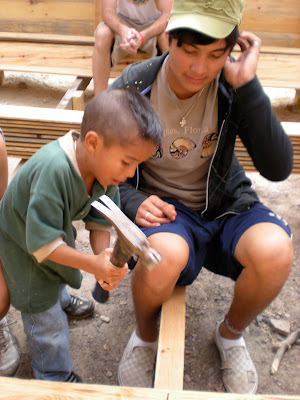 We built a house out in Santa Ana for a mother and her 3 boys. After we were finished building we were able to go to a little store and purchase rice, beans, coffee, milk, eggs, and a few other essential foods to give to the family as well. 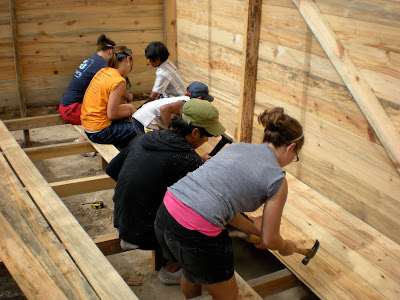 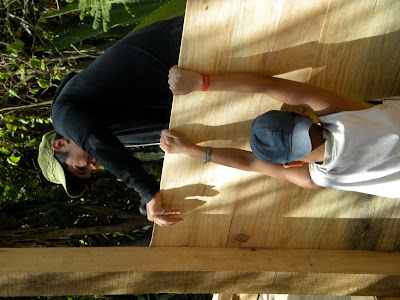 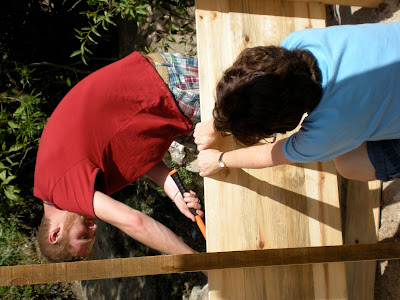 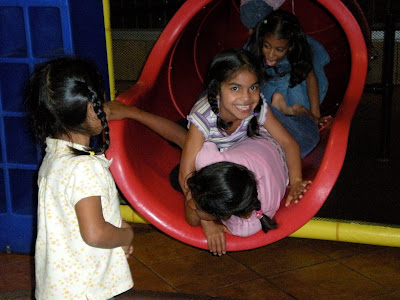 The team met the Casa kids at the mall for dinner and a movie. However, in true Honduras style the movie time they posted in the paper and online was incorrect. Sooo we ended up just going out for ice cream afterwards. It is amazing how easy kids will shift focus when they hear they are getting ice cream! 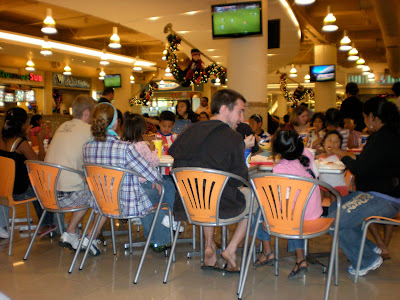 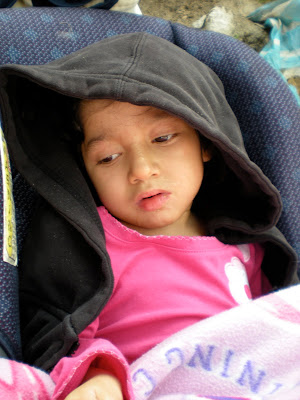 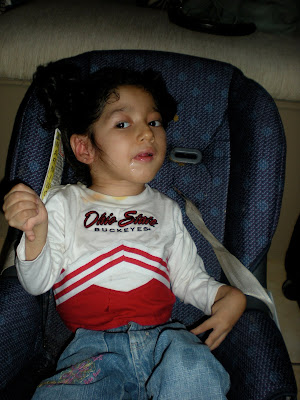 Posted by Ashley at 5:38 AM No comments: