I recently upgraded my cell phone and got the iPhone 4. Thanks to my wonderful sister who bought me the iPhone 3G I was able to sell my old phone and buy the new one for just $50! Let me first say how much I, in my materialistic ways, love my iPhone.
Today while the kids napped I decided to go outside and soak up some sunlight. (I'm tired of living at the beach and being so white!) I settled down on a blanket with my ice coffee, a good book, and music streaming from my iPhone. About 30 minutes late my phone just suddenly stopped playing music. The screen said "TEMPERATURE!!!!" It went on to explain underneath that my iPhone needed to cool down before it continued to work. The screen then flashed to a keypad and above the keypad it said "dial emergency." It even flashed back and forth between English and Spanish asking if I wanted it to dial emergency. Apparently my phone thinks it's too hot to be outside and was prepared to dial 911 for me if necessary!
Thank you smart phone.
Posted by Ashley at 11:51 AM No comments:

The more I watch the news the more certain I become that there really should be some sort of screening process involved in becoming a parent. I've considered several options for such a screening process.....
1. Have a panel of judges who carefully considers each parental candidate. They could observe each person and decide on whether or not that person is up to the responsibilities of raising a child. The problem with such a panel is who would we deem worthy of such a position? Who out there deserves the position of judging the parental worthiness of an individual?
2. Implement a test. A list of 100 questions to determine if a person is competent enough to handle the role of being a parent. Included on the list should most certainly be "at what age is it appropriate to get botax?" If your answer is 8 years old....then you certainly should fail. I wish I were kidding when I say that the Today Show recently featured a story where a mom not only let, but also encouraged, her 8 year old daughter to have botax. The daughter competes frequently in beauty pageants and "the wrinkles around her mouth were holding her back from winning." Really.....I mean REALLY! The problem with such a test is that a person could pass by answering the other 99 questions perfectly and yet answer that they see nothing wrong with an 8 year old getting botax treatments so she can "feel better about herself."
3. Parenting Classes. Before a person can even consider conceiving a child they should take classes that teach everything from how to put on a diaper to money management to nutrition and health. Oh wait....they call that college right?
As you can see there are more than a few holes in my dreams of fixing the world's parental problems. Don't get me wrong I'm not trying to down play how hard it is to parent a child....especially in today's world. I have years of experience with children and I still doubt my abilities to successfully parent a child. The thought of being a mom terrifies me.
Yet when I hear stories of child abuse I just want to scoop up all the wounded children in the world and let them know that someone out there really does love them....someone out there really does want them....someone out there sees the injustice being inflicted on them and weeps over it. I understand the fall of man. I get that when God created the world He never intended for us to know pain and sorrow. I get that it was by our own selfish nature that sin entered the world. And I understand that God allows each of us the free will to decide if we want to have a child and how to treat that child once it is born. My head gets it....it's my heart that is screaming out against it.
Real situations I've heard of lately that make me seriously wish we could implement some kind of required parenting license.
*A couple who are going to court for "caging their 6 year old daughter." Authorities suspect that the girl was caged in a crib for at least a year and that the parents were feeding her one poptart in the morning and one at night.
*A couple who are both in the Navy would put their twins in their high chairs with a bottle and then leave them there for 12 hours while they went to work.
*A 16 year old girl who committed suicide because her own father was molesting her and she felt like there was no other escape.
The list goes on and on....Stories like this happen every day. I probably won't ever win any awards for being a mother but I'm determined to do my best and I'm even more determined to pray for all those poor little ones out there who have less than stellar parents.
Posted by Ashley at 11:56 AM No comments:

‎"I mourn the loss of thousands of precious lives, but I will not rejoice in the death of one,
not even an enemy. Returning hate for hate multiplies hate, adding deeper darkness to a
night already devoid of stars. Darkness cannot drive out darkness:
only light can do that. Hate cannot drive out hate: only love can do that"
-Martin Luther King, Jr.
Posted by Ashley at 5:24 PM No comments:

It's that time again....the annual "dump day." It is a day dedicated to raising funds to help feed the nearly 1,200 men, women, and children who live in the city dump in Tegucigalpa, Honduras. Please consider going to the link below to donate.... something....anything....even the smallest amount helps.
http://treymorgan.net/dump-day-2011/ 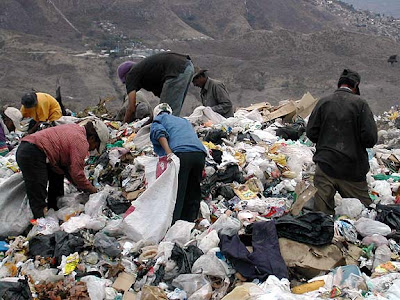 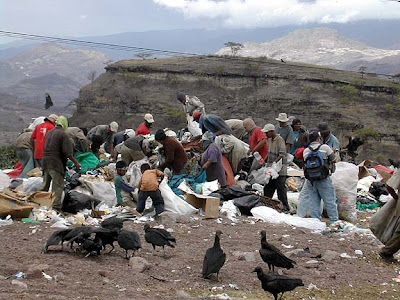 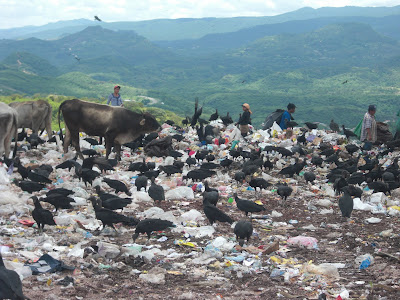 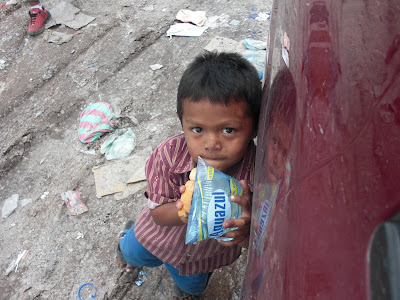 Posted by Ashley at 6:00 AM No comments:

As all of you know by now Osama bin Laden was confirmed to be dead yesterday. Yet, as everyone else gloats, cheers, celebrates, and congratulates my heart feels conflicted. To me there is no joy in taking a man's life....any man's life. However, sometimes there is a duty that must be carried out. A duty so great that many people's lives depend on it..... A duty of protection, not vengeance.

Please hear me when I say that I deeply appreciate the sacrifices made by our military men and women in order to keep us safe. I now live within the military community and am personally connected to several active members of our armed forces. I've seen first hand the sacrifices they make in leaving their family behind to join in a cause that they find worthy. I've become acutely aware of how often they have left their families on a moments notice to chase down a threat that we, as civilians, didn't even know existed. They are, in EVERY sense of the word, heros.

So I get why there was such a collective sigh of relief last night as people heard of Osama bin Laden's death. However, I still cannot come to terms with Celebrating this man's death. I mourn the life he led and the choices he made. I mourn the fact that he seemed to have never heard the word of God...or worse yet heard it and rejected it. I mourn the fact that he didn't know a personal relationship with Christ. So today, even though most will probably scoff at me, I refuse to rejoice in his demise.

Proverbs 24 :17 "do not gloat when your enemy falls; when they stumble, do not let your heart rejoice."

“Osama bin Laden, as we all know, bore the most serious responsibility for spreading divisions and hatred among populations, causing the deaths of innumerable people, and manipulating religions to this end,” said Jesuit Father Federico Lombardi, the Vatican spokesman, who released a brief written statement reacting to the news. “In the face of a man’s death, a Christian never rejoices, but reflects on the serious responsibilities of each person before God and before men, and hopes and works so that every event may be the occasion for the further growth of peace and not of hatred.” -Jesuit Father Federico Lombardi, Vatican spokesman, on the death of Osama bin Laden.

“In your relationships with one another,
have the same mindset as Christ Jesus:
Who, being in very nature God, did not consider
equality with God something to be used to his
own advantage; rather, he made himself nothing
by taking the very nature of a servant,
being made in human likeness. And being
found in appearance as a man, he humbled
himself by becoming obedient to death—
even death on a cross!” - Philippians 2:5-8
Posted by Ashley at 10:51 AM No comments: