Today started with pancakes. We all rushed around the house getting ready to leave for another day of service in Honduras. Once we had everything together, we headed off to the first stop of the day: a local nursing home. When we walked into the nursing home, we quickly noticed that there were more of us than there were residents up and about in the lobby. It was a little uncomfortable, but we started passing out juice boxes and cookies and starting up conversations with the individuals who live in the nursing home. As we ate, drank, and talked, the atmosphere became more lively. It was evident that these people who don't get visitors --at all-- were so excited to have a big group of people coming just for them.
Jason was able to give a few fades to the men, and the boys also entertained us all with a few songs. They're working on their next album which will include some beat boxing, rapping, and their own version of "My Girl." The elderly people absolutely loved it. By the time we left, you could tell that a sense of community rooted in the love of Christ had taken hold of that tiny nursing home.
On the way out to the bus, we saw a line of men standing by the building waiting for daily lunch that is served by the man who runs the nursing home. They were the drunks and druggies, the homeless of Tegus. We had the opportunity to pray with these men as well, and meet some of their physical needs. One man on our team gave up his tennis shoes for a man who was barefoot. Serving selflessly... thank you God for giving us eyes to see the need and the courage to meet it. 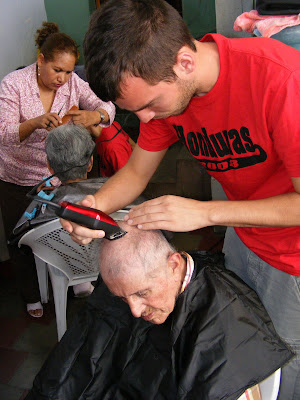 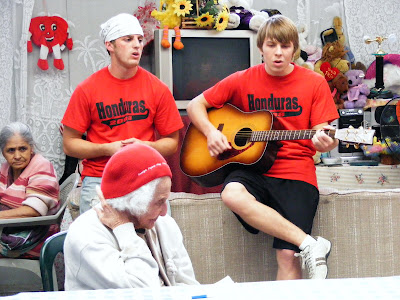 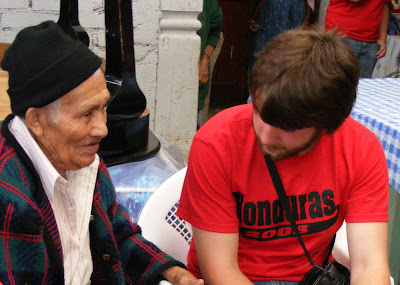 After the nursing home we went to the local dump to hand out food. This experience was gut wrenching for us. About 1200 people live there because it is illegal to live on the streets. As we were handing out food, one man asked Ashley if he could trade her his shirt for one of our spiffy red team Hondo shirts. Kyle made the swap. That quickly started a trend, and before long we had all given away our team t-shirts. The verse on the back of our shirts was Isaiah 52:7- "How beautiful on the mountain are the feet of those that bring good news." Seeing that verse on the backs of the people living at the dump as we drove off was powerful. There we were at the top of this mountain, and when we got there we would have used any adjective but beautiful to describe what we saw. Yet, after giving and receiving love there, we saw things with a different set of eyes. 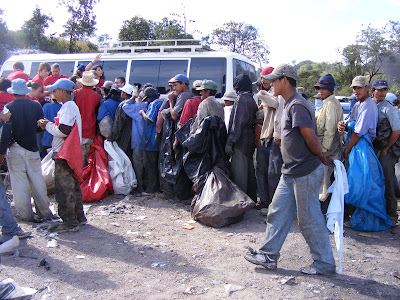 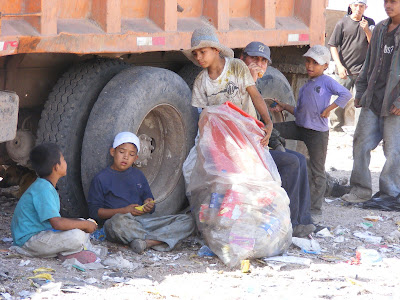 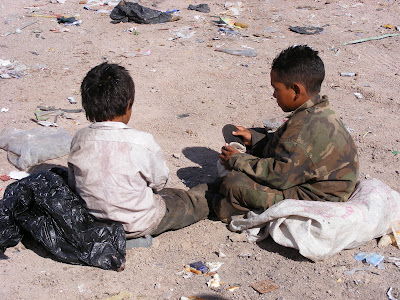 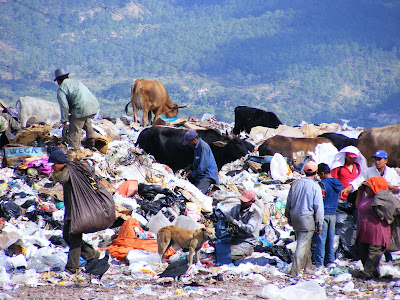 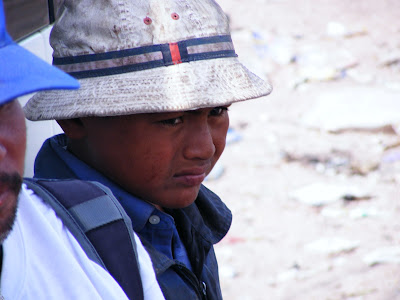 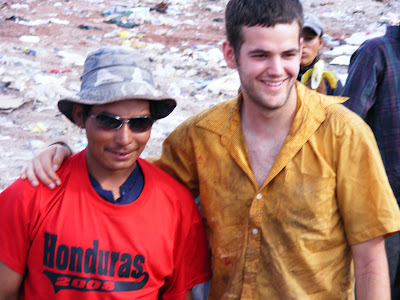 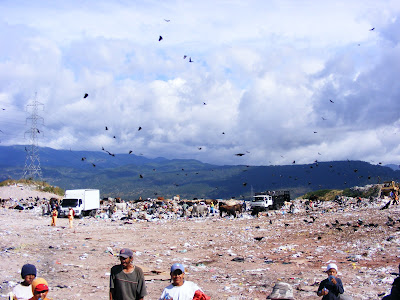 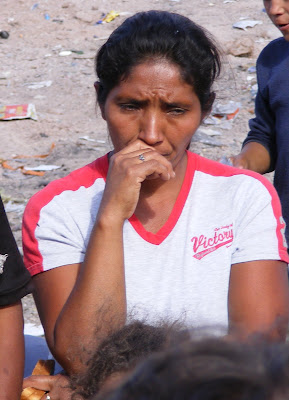 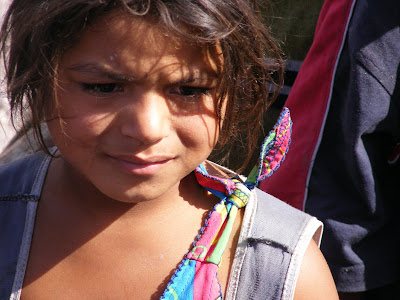 A large chunk of our day consisted of driving around in our little party bus. Today we got an excellent surprise too. Instead of listening to 80's/90's love ballads, our driver Fransisco let us listen to some hip Honduran music and a lil coldplay too. We found our official Honduras theme song, Te Amo. We listened to it at least 5 times as we drove around.
We enjoyed being able to take in Honduran culture by seeing Tegus as we drove around. Here are some pics: 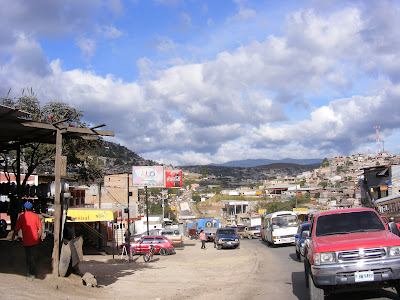 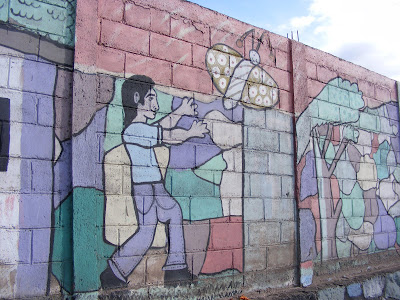 We stopped for dinner at a KFC/Pizza hut. On our way to the restaurant, some street kids came up to our bus begging for money. We invited them to join us for dinner. It was awesome to be able to bless the children and their parents with a meal. Please pray that this act of love will impact their lives, even though we only shared one evening and a bucket of KFC chicken with them. 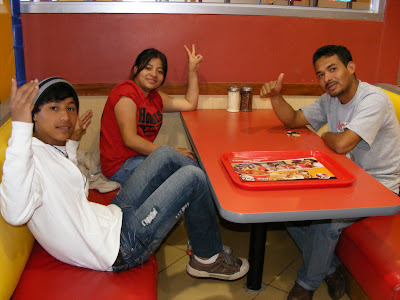 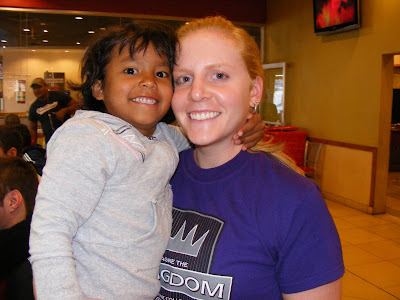 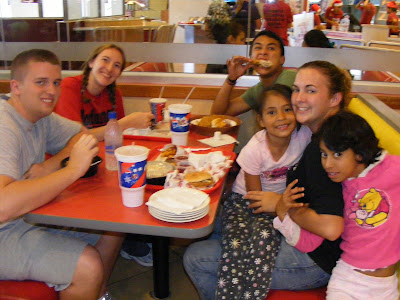 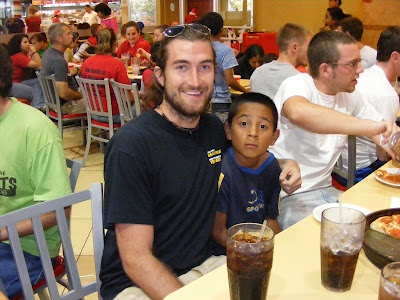 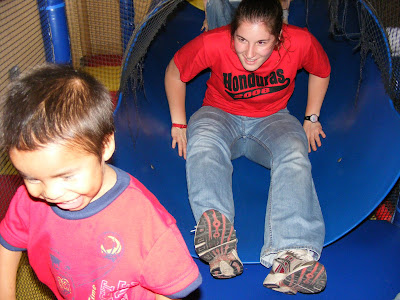 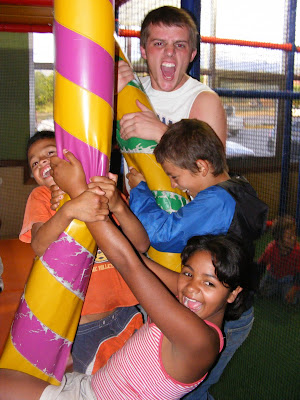 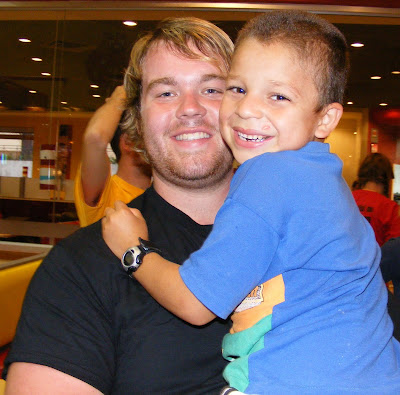 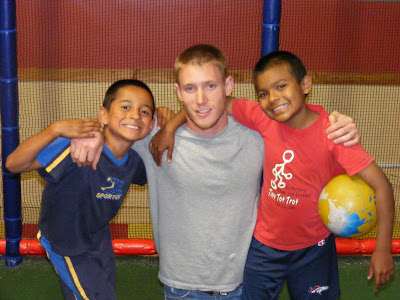 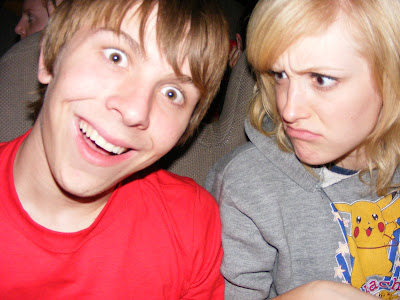 After dinner we headed to el Jesus de Picacho, an enormous Jesus statue on the top of a mountain. We had our daily group devotional beneath the statue. As we sat there, literally at the feet of Jesus, it was powerful to have a visual reminder of the presence of Jesus in our lives and over the city we are serving in. 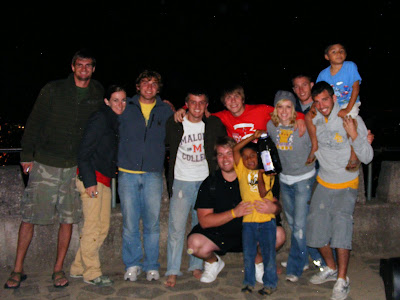 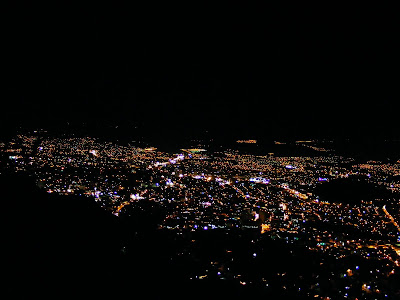 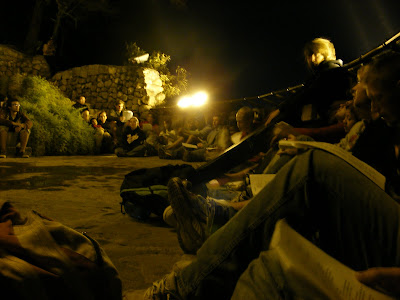 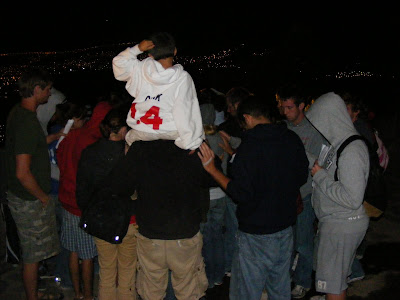 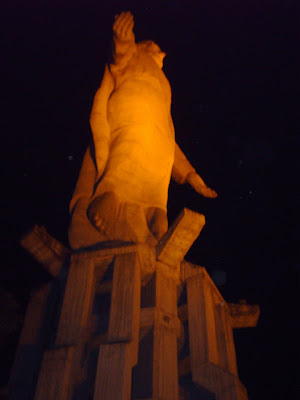 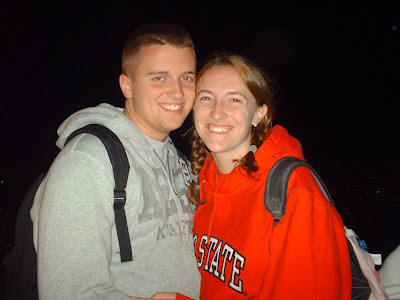 Today our group was given amazing opportunities to act out the love of Christ in tangible ways. A. W. Tozer talks about service saying, "We hear a Christian assure someone that he will 'pray over' his problem, knowing full well that he intends to use prayer as a substitute for service. It is much easier to pray that a poor friend's needs may be supplied than to supply them." Many of us on the team go to/ have gone to a Christian college, or grown up in a safe, American setting where we haven't been stretched beyond saying "oh, I'll pray for you." This trip is teaching us to put hands and feet on the gospel message and really allow God's love to ooze out of us.
Please continue to pray that we will take advantage of these opportunities, and that we will learn to seek them out. Pray that embodying Christ in the world and serving others will become habits after this trip-- that it will happen at home just as it has here. And pray that we will have courage and strength to serve the rest of the time we are here. And, over all, pray that the Lord will have his way in us and in this city.

Wow! Awesome blog as usual, Ashley. God just keeps on blessing...amen! Love to all again and again and again! As excited as I am to see the boys and you...I hate to wish you home! But I'm confident the blessings will stay with you ALL forever! Love, Vicky

Great pictures! What a wonderful experience for all. Thanks for the updates - it's great to get a glimpse of what all everyone is doing there. Quite a blessing! Miss you Corey and Kylee! Nice to see the picture of you two!
Love ya, Mom

ky and corey, your mother is singing your praises to all who hear her. you have made us so vry proud and thankful. love, coach

Hey Ashley - What an awesome trip!! Stacey Perry's mom gave me the site to check out. Tell Stacey Hi and give her a hug for me.
Kermit

Looking forward to hearing all the details! It has been quite an experience we can see thru the pics. Thanks for posting your days events. Praying for all those you come in contact with!
Love,
Mom (Challise)