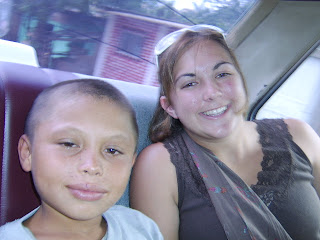 Oh my!! Talk about crying!! I'm so sorry that this is one of those things that comes with the job title...but I pray and know God will take care of little Luby!!! Love you!!