The day began well...Daniel, Alan, and Mitch did not fall back to sleep after the first attempt to wake them up. Something that has not happened all week! Then we got bad news about the truck......we had a flat tire. Luckily it was able to be fixed within half an hour. 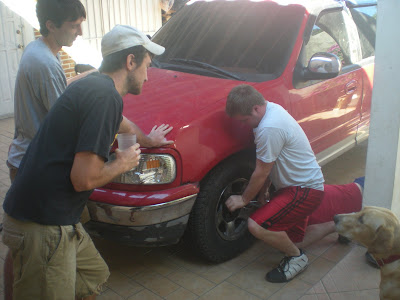 First, we went to Bencaleth, a special needs orphanage. We had a good time playing with kids, running around, having races in their wheelchairs and beating David with wands. We took a tour of the facilities and saw the physical therapy room, pool, and classrooms. The ratio of workers to children was well balanced. The facility was surprisingly well-equipped and nice for a Honduran orphange. 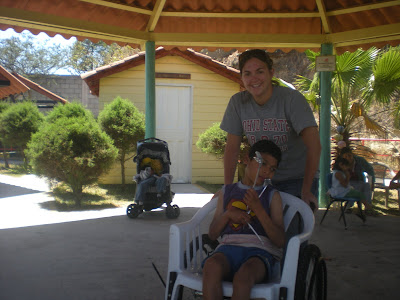 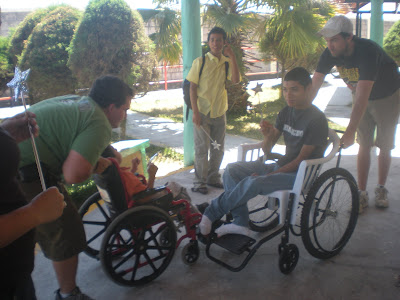 Next we passed out food at the city dump. We passed out rice, beans and tortillas and water out of the bed of Mark's truck to about 300 people. It was crazy seeing cows and vultures doing the same things as the people: fighting each other over garbage. 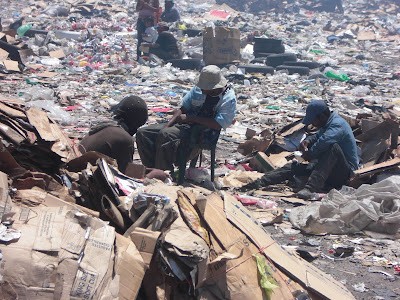 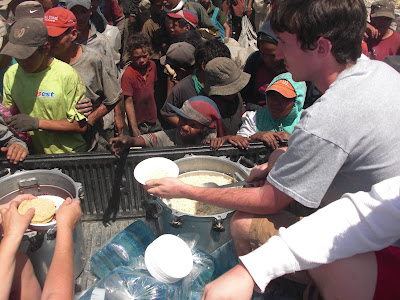 We also went to a home for the elderly to visit with them. The girls painted the women's fingers nails and we talked to everyone that wanted to. It was nice knowing that we were there visiting them because they do not get very many visitors. 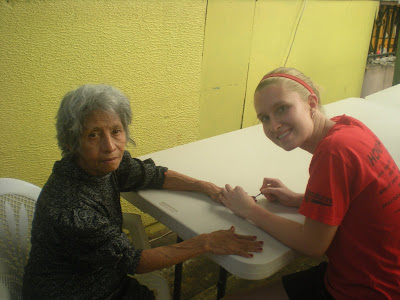 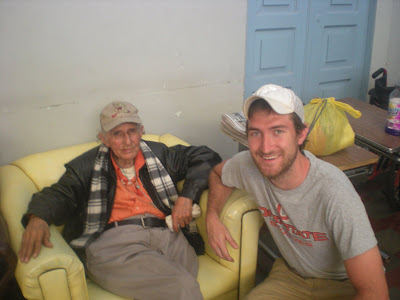 Last thing we did was go to the Jesus statue, which was an amazing view of the city lights at night and a statue of Jesus overlooking the city with outstretched arms. Mark gave an awesome devotional about being aware and in the light, and motivated us to not stop what we've been doing here in Honduras, but to continue when we go home to the states. What a day! 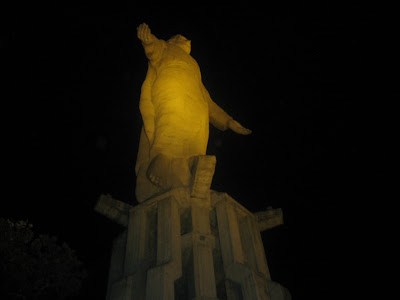