When Pamela was younger she was hit by a car and although they attempted to "fix" her foot back then they didn't do it right. So close to a month ago she went in to have plastic surgery done again. They attempted to reconstruct her heel so that she is able to walk and run without any pain. Since the surgery she has been on crutches and unable to put any pressure on it. She has been back to the doctor almost weekly since the surgery. She hasn't been healing as quickly as they would have liked but she is definitely coming along. I ask that you pray for this little one. Pray that the surgery worked and that she will be able to frolic around like a normal kid. 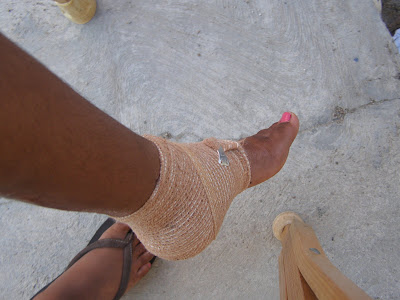 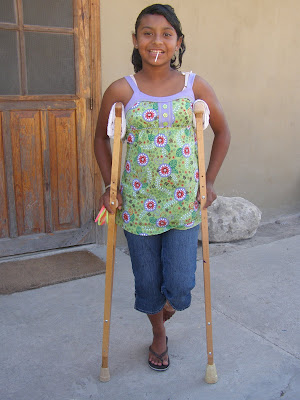