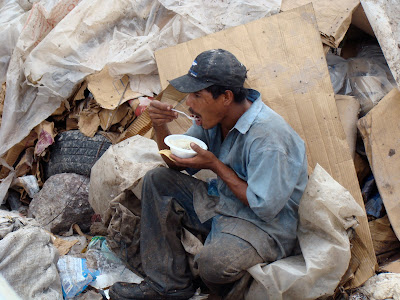 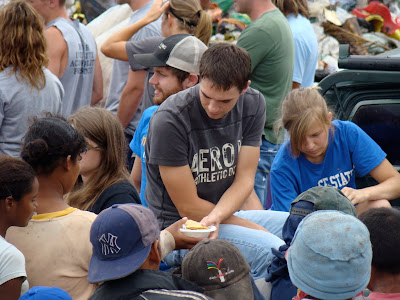 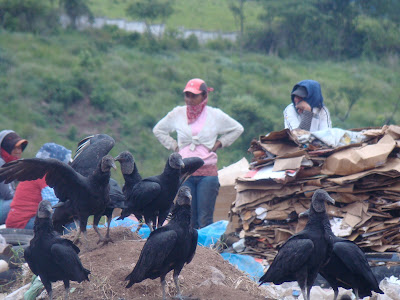 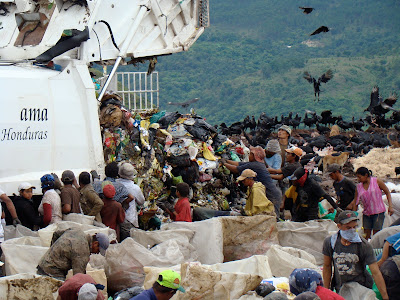 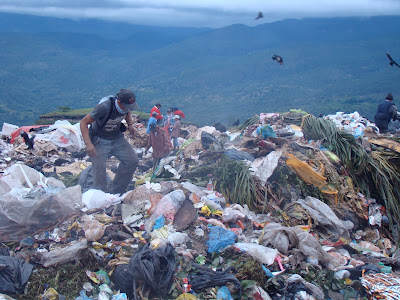 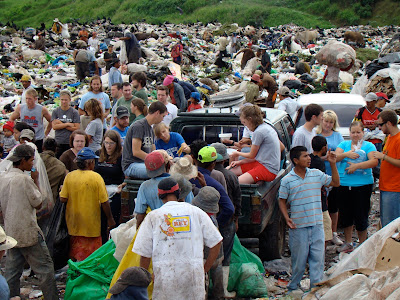 Monday morning, our last morning, we were able to sleep in a little before heading to the city to shop at Mi Esperanza. Mi Esperanza is a women's cooperative. They take poor women and give them a skill such as sewing, computers, etc. Once the ladies graduate from their program they help them find jobs and even employ some of them back to work in their own shop. It has been proven that a child's chance of survival increases 20% if the families income is in the hands of the mother.
After we spent significant time and money shopping we headed out to the city dump. As soon as we pulled in the smells and sights were overwhelming. Buzzards circled over head, cows and dogs roamed free, children played amongst the trash, and there were people everywhere digging through the trash heeps looking for food, shelter, and anything else that might help them survive. As we pulled up people started to line up at the back of the truck ready for the meal we were providing. We served each person a bowl of beans, rice, and tortillas as well as a bag of water.
After the dump we headed out to shop in a village called the Valley of Angels and from there we met up with the kids from Casa de Esperanza (the orphanage I worked at) to do dinner at KFC. We spent at least 2 hours feasting on chicken, playing, and loving on kiddos.
Posted by Ashley at 4:05 PM